Dyer’s cruise in to family history

Confirmation has arrived that Alice Hill, Fred’s grandmother, was born as Alice Dyer. This provide a crucial link to the Dyer family – who, born in Stratford on Avon – worked on canal boats during the 19th Century.

The first trace of Thomas Dyer is in the 1841 Census when he is listed as a ‘boatman’ working at Old Stratford, Stratford on Avon, Warwickshire. Next to his name in the left margin of the census is the word “William” – presumably the boat on which he was working.

Thomas’s age is listed as 20 – although he was actually born in 1820. Enumerators working on the census were instructed to round down ages to the nearest five years.

Thomas seems to have been staying on the boat alone as no others are listed within the household.

By 1851, as we would expect from a boatman, the family is on the move.

Thomas has married Hannah and they have four children listed as being born at Middx (Middlesex?), Buckinhums (sic, Buckinghamshire) and Thestfords (?). Thomas and Hannah’s birth places are listed as not known which suggests that whoever was giving the enumerator the data, it was NOT one of these two. Sadly the name of the boat is not recorded.

By 1861 the family are now on “The Leeds” at Marsworth, Buckinghamshire 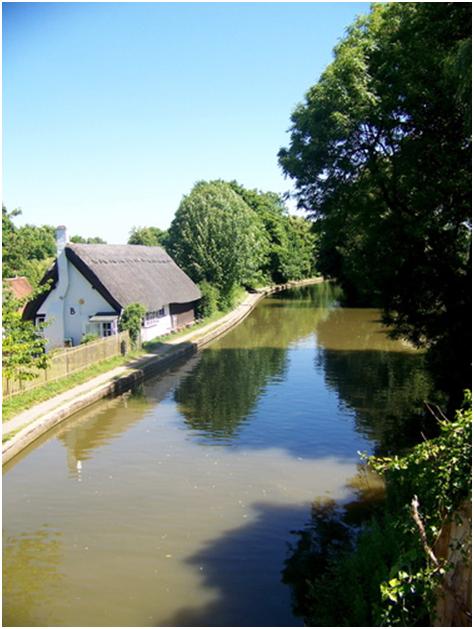 By 1871, the last Census before Alice married Arthur Hill, the family is moored at Tardibigge. Alice, though, is not present and despite searches I cannot find where she is. The rest of the family on the Leeds are:

Perhaps a clue to the location of 14 years old Alice is that also at Tardebigge, a few boats away, are some more Dyers:

Could it be that she has been left with relatives?

3 thoughts on “Dyer’s cruise in to family history”